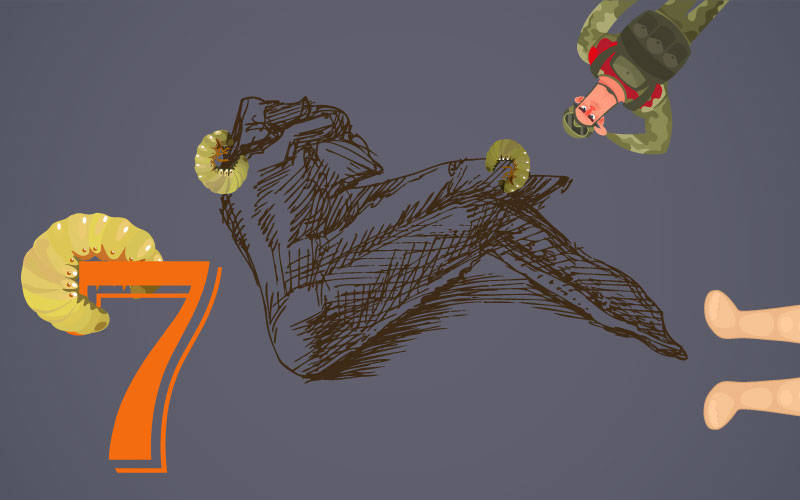 Any health care professional can tell you, Halloween or not, some pretty scary things can happen on the job at any given moment. ’Tis the season to be spooky, so we’ve decided to round up a few hospital horror stories to make your Halloween a little bit more … horrifying.

Do you have a horror story to share? Share it with us!
**Stories are edited for clarity

From imgur: “The hospital I’m at is putting cookies on the patient trays for Halloween. I don’t think they thought this through.” 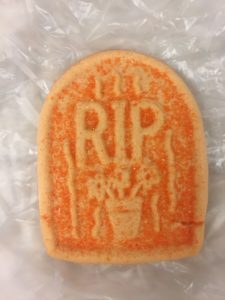 You should have seen the look on the doctor’s face as he was trying to figure out how the girl’s feet got so small. The mother looked up at the doctor, saw the look of confusion on his face, and said, ‘Those aren’t her feet.’ She pulled up the blanket a little further, revealing a pair of perfectly healthy feet, nestled next to the feet of a doll that she put under the blanket.

Give me Something Good to Eat

From Reddit: When my dad was in his mid-20’s he worked in the emergency department of a hospital. One day this morbidly obese lady comes in complaining of abdominal pain, and they start to look her over. Everything was going fine until they decided to look in the folds of her stomach, when they smelt this horrible smell. They found a decomposed chicken wing covered in maggots which had started eating at part of her skin. Yum.

From Reddit: Had a woman come in that had either fainted or had a seizure. During her fall, she hit her head on a metal table which gave her a really nasty scalp laceration. Paramedics arrive and notice that she’s missing a five-inch diameter piece of her scalp. They are looking all around and can’t seem to find it anywhere. In walks her precious small dog licking his lips with blood all around his mouth. They said either she was scalped by the table or that the dog ate it directly from her head. Either way her dog ate her scalp.

From Reddit: My father and I both worked, he still does, at the hospital In St. Louis where the exorcism took place that the movie is based off of. The original hospital was torn down but the one still standing has some bizarre things occur. While I never experienced any, my father has experienced many. Most notable he’s sitting at his desk, looks up and sees an apparition staring at him. He described it as being transparent but looking as if were made of fine dust, it’s clearly a woman and doesn’t do anything but look at him. He said he’s spoken to her several times and asked her what she wanted only for her to exit through a doorway and disappear.

From Reddit: I used to work as an STNA in a nursing home. I worked third shift throughout university. During the night, we turned half the lights off, so it was darker for the evening. We didn’t get a lot of light in the residents’ rooms. I was sitting at the nurse’s station at the top of the hall and heard a call light go off. I stood up, looked down the dark hall, and on all fours – straight out of The Ring – a resident with long, dark hair and that was very thin, was crawling up the hall toward me. The other STNA had forgotten to put the bed rail up and the resident was VERY good at climbing out of bed. Needless to say, I needed some new britches and my heart was racing a mile a minute.

From Reddit: One dark and very stormy night at the hospital I was training a new CNA. We walk down the hallway when we both are paralyzed in fear. We saw a dark malevolent looking figure at the end of the hall by the exit sign. I take off running and she follows. We scream/talk about what we saw and she swears she saw a fog around the entity. In the end, we chalk it up to late night shifts and too much coffee.

Later, we are paged to go in a room and continue our rounds. We carefully look down the hallway and nothing is there. We do our work with a patient and as soon as we step out of the room there is the scary shadow man at the end of the hall. Naturally, we scream and take off running again. I call security and of course, nothing was found.

Then we hear an alarm start to go off in the room at the end of the hall where the figure was. A doctor and another nurse had made it in there before us and the patient had died. Now this was a stroke patient who was paralyzed and couldn’t walk. The weird part was her window was open.

The CNA and I start crying and explain what was happening. The doctor requested security play back the video of the hallway to make sure no one hurt the patient. In the video, we all could clearly see a dark shadow that never disappeared and looked like it was surrounded by fog. Right before the patient alarm went off, the shadow vanished. Now everyone claims this was the angel of death. I don’t know what it was, but I’m glad I don’t work there anymore!