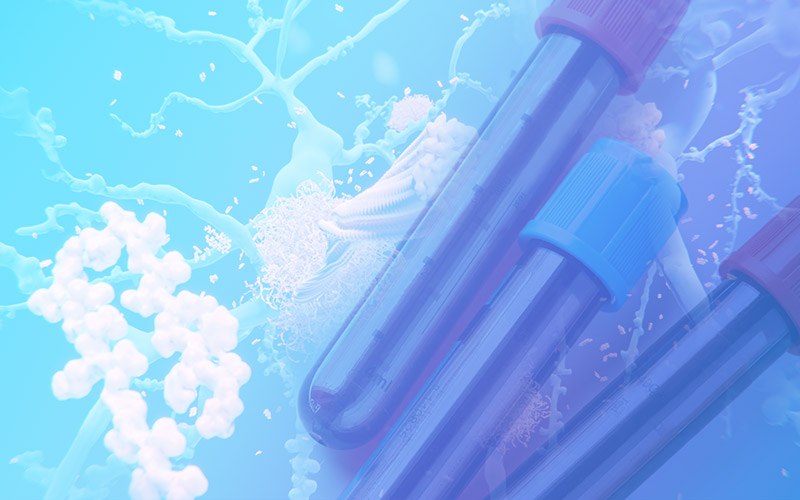 Researchers at Washington University School of Medicine in St. Louis, MO recently reported a game changing blood test that could significantly decrease the cost of clinical trials for Alzheimer’s disease. The findings, published August 1st in the journal Neurology, provide Class II evidence that biomarker Plasma Aβ42/Aβ40, especially combined with age and APOE ε4 status, accurately diagnoses brain amyloidosis and can be used to screen cognitively normal individuals for brain amyloidosis. This blood test identifies people with early Alzheimer’s brain changes with 94% accuracy. Their findings indicate that this blood test may be more sensitive at detecting the beginnings of amyloid deposition in the brain than PET brain scans. Currently PET scans are the gold standard for amyloidosis screening, and one scan costs an average of $4,900. Senior investigator Randall J. Bateman, MD, professor of Neurology, Washington University School of Medicine in St. Louis says “Right now we screen people for clinical trials with brain scans, which is time-consuming and expensive, and enrolling participants takes years. But with a blood test, we could potentially screen thousands of people a month. That means we can more efficiently enroll participants in clinical trials, which will help us find treatments faster, and could have an enormous impact on the cost of the disease as well as the human suffering that goes with it.” This test piggy-backs off of a 2017 study by the same university that tested for correlations between amyloid levels in the blood with levels in the brain. Previous studies found that measures of total levels of amyloid beta in the blood do not correlate with levels in the brain. The researchers did discover that levels of amyloid beta 42 relative to amyloid beta 40 were consistently 10-15% lower in people with amyloid plaques. This test was able to classify people accurately as amyloid-positive or amyloid negative 89% of the time. The current study includes several major risk factors for Alzheimer’s including age, the genetic variant called APOE ε4, as well as gender. With the inclusion of age and APOE ε4, the accuracy of the blood test increased to 94%. Sex as a risk factors did not affect the amyloid beta ratio enough to change whether people were classified as amyloid positive or amyloid negative. Initially the results of some blood tests were considered “false positive” because even though the blood test was positive for amyloid beta, the brain scan tested negative. However, on subsequent brain scans taken an average of 4 years later from some of those false positives, the PET results came back positive. This finding suggests the initial blood test may prove a more accurate predictor of amyloidosis than PET scans. With the CDC predicting Alzheimer’s disease to nearly triple by 2060, a faster more cost effective screening for an early indicator of Alzheimer’s amyloid plaque in the brain is vital to speed up clinical trials. This “game-changer” could progress science to move closer to developing treatments and preventions for the disease. As the editorial published alongside the study in Neurology Barbara Bendlin, PhD, of the Wisconsin Alzheimer’s Disease Research Center in Madison, and Henrick Zetterberg, MD, PHD, of the UK dementia Research Institute in London says, “ While amyloid PET and CSF β-amyloid (Aβ)42/Aβ40 have excellent diagnostic accuracy, and correspond well with plaque burden measured postmortem, it is widely recognized that access to a simple blood test for AD would change the field yet again.”   References Schindler, S. E., Bollinger, J. G., Ovod, V., Mawuenyega, K. G., Li, Y., Gordon, B. A., … Bateman, R. J. (2019). High-precision plasma β-amyloid 42/40 predicts current and future brain amyloidosis. Neurology. doi: 10.1212/wnl.0000000000008081 (2019, August 12). Blood test is highly accurate at identifying Alzheimer’s before symptoms arise. Retrieved from https://medicine.wustl.edu/news/blood-test-is-94-accurate-at-identifying-early-alzheimers-disease/ Bendlin, B. B., & Zetterberg, H. (2019). Screening with a high precision blood-based assay for Alzheimer disease. Neurology. doi: 10.1212/wnl.0000000000008080 Ovod, V., Ramsey, K. N., Mawuenyega, K. G., Bollinger, J. G., Hicks, T., Schneider, T., … Bateman, R. J. (2017). Amyloid β concentrations and stable isotope labeling kinetics of human plasma specific to central nervous system amyloidosis. Alzheimer’s & dementia : the journal of the Alzheimer’s Association, 13(8), 841–849. doi:10.1016/j.jalz.2017.06.2266