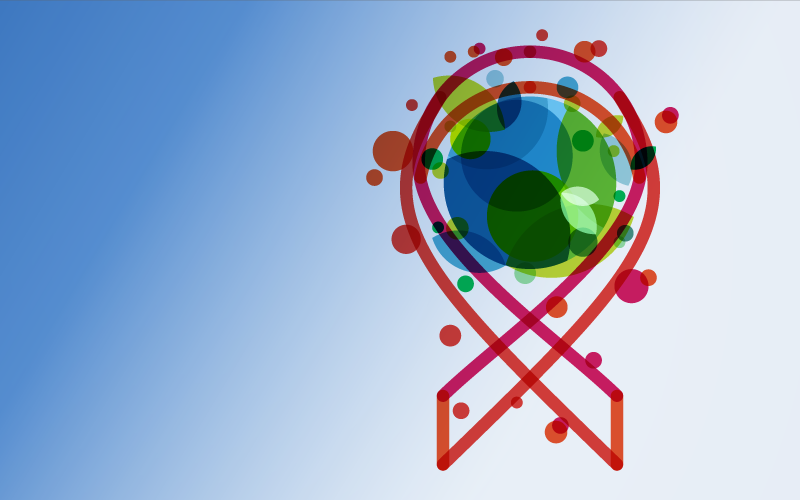 World Aids Day is Friday, December 1. It’s a day to bring awareness to HIV/AIDS, a disease that took more than one million lives in 2016 alone. Luckily, we’re closer than ever before to finding a cure. Here are three methods that could hold the keys to curing this horrible disease.

You may recall “The Berlin Patient,” also known as Timothy Ray Brown. In 2009, he became the first and only person to be cured of the virus that causes AIDS. In 1995, Brown tested positive for HIV and underwent antiretroviral therapy and experienced few side effects.

Later in 2006, Brown was diagnosed with acute myeloid leukemia (AML), a common blood cancer. Brown underwent a bone marrow transplant after chemotherapy failed in 2007 and miraculously, it was with the AML treatment that Brown’s HIV became undetectable – even without daily medications.

Brown’s doctor, Gero Hϋtter, had his findings published in the New England Journal of Medicine in 2009. Read it here. So far, no other doctor has been able to replicate the results, and other patients have died trying.

Flash forward to November 7, 2017. A new study from Oregon Health and Science University and the Oregon National Primate Research Center successfully performed stem cell transplants in two monkeys – mauritian cynomolgus macaques to be specific. The transplants took place more than a year ago, and still neither monkey has experienced common side effects such as graft-versus-host disease.

It’s an exciting prospect, as researchers have another look into how the “Berlin Patient” was cured. The study’s author, Dr. Jonah B. Sacha, tells Newsweek the findings could mean “we’re going to be able to put people into drug-free remission,” within the next 10 years. Read the full study here.

Vaccination Trials Pick Back Up

Speaking of monkeys, scientists have also been able to provide an effective HIV vaccine to the animals. That means a human vaccination might not be far behind. Pharmaceutical company Sanofi created a three-pronged antibody that protected all eight monkeys against the virus during trials. Human trials are set to start in 2018. Check out the full study here.

Currently, there’s also human trials for an HIV vaccination taking place in South Africa with results expected in 2019. The study, called HVTN 702, looks to enroll 5,400 men and women to receive five injections over a one-year span. All the details are here.

The new study picks up where a 2009 trial in Thailand left off, which found that vaccinations can indeed prevent HIV. In that trial though, the vaccine was only 31 percent effective and wore off over time. Therefore, it could not be approved for the public. More details are here.

Testing Simplified Drug Regimens – One Pill is Better than Three

This past October, another trial found a single-tablet drug regimen for current HIV-1 patients, reducing the overall number of pills a patient has to take.

The trial suggests one pill including darunavir (800 mg), cobicistat (150 mg), emtricitabine (200mg), and tenofovir alafenamide (10 mg) can potentially replace a regimen of three: a boosted protease inhibitor, emtricitabine, and tenofovir disoproxil fumarate. Throughout the 48 weeks of the study, no resistance mutations were found.  Read the full study here.

Joseph Eron, MD, Professor of Medicine and Director, Clinical Core, University of North Carolina Center for AIDS Research, Chapel Hill, NC, told Johnson & Johnson, “The findings from the EMERALD study bring us one step closer to being able to offer those who live with HIV and struggle with adherence an option that combines the efficacy and high genetic barrier to resistance of darunavir with the demonstrated safety profile of tenofovir alafenamide into a single tablet.”

In Your PEPID Suite

As a participant of World Aids Day, PEPID has updated its clinical content for HIV/AIDS. We’re now including content cards for both pre-and-post exposure prophylaxis.