Celebrating the Best of the Best for American Pharmacists Month 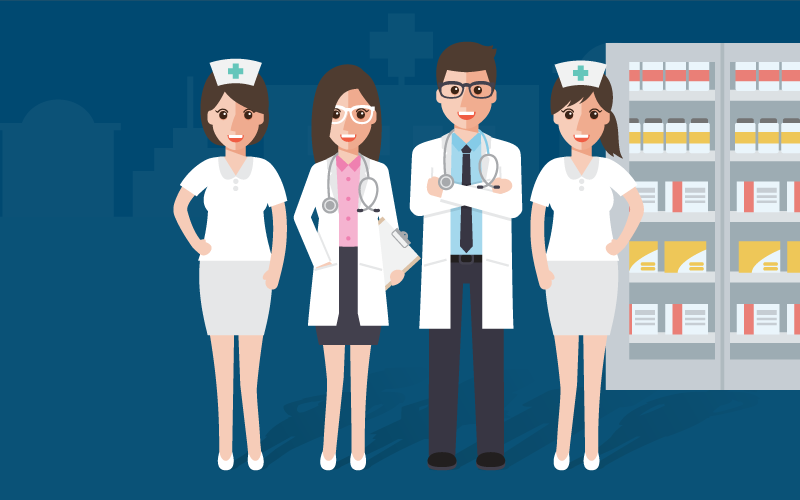 October 23, 2017 –  A 2015 JAMA study that found nearly three in five Americans take at least one prescription pill. Pharmacists are an integral part of the health care community and play a vital role in patients’ day-to-day lives.

To recognize and celebrate these invaluable professionals, The American Pharmacists Association declared October as American Pharmacists Month. At PEPID, we are extremely proud to be part of an industry dedicated to helping those in need, and we want to take this opportunity to thank pharmacists around the country for all of their hard work and dedication to patients and quality care.

Here are just a few things to celebrate as part of American Pharmacist Month:

“The Best of Care in the Worst of Times”

The National Disaster Medical System (NDMS) is made up of an estimated 6,000 physicians, nurses, and pharmacists across the country. Around the clock, they are on-call and will be deployed to disaster areas in the event of an emergency.

From this group, there’s the story of Cindy Parks. She’s a pharmacist from Oregon who is no stranger to helping in disaster areas. As part of the NDMS, she’s helped with relief efforts after the 2010 Haiti earthquake and hurricane Katrina. And that’s just to name a few.

This year, she spent three weeks in Naples, Florida helping Irma evacuees at a local high school serving as a temporary shelter to an estimated 1,000 people deemed “medically fragile.” In the end, Parks is just happy to be able to help, telling the East Oregonian, “Most people are compassionate. Most people want to help and I’m one of the lucky ones because I get to do something to make a difference.”

Also a part of the NDMS, clinical specialist, Roland Tam, PharmD, travelled from Georgia to Texas to help with Harvey recovery efforts. “We treated about 500 people near Beaumont, Texas inside a high school gym that was created into a makeshift emergency room,” he told the North Fulton Herald.

Walgreens’ president of pharmacy, Richard Ashworth, took the opportunity to praise its pharmacists in a press release. “We’ve seen countless illustrations of our pharmacists going above and beyond. … The care, teamwork and resilience demonstrated by Walgreens pharmacists and our other employees proved critical in meeting the needs of our patients and communities at a critical time.”

Even though the worst of the storm is over, there are incredible challenges associated with the after effects of disaster. This includes gastrointestinal problems from contaminated water, the threat of Zika and West Nile virus, asthma-inducing mold, and more. Tackling this problem, Paramount Rx announced a partnership with H-E-B grocery stores. Together, they will be offering free tetanus shots to residents in Harvey-hit areas.

“Even as flood waters recede, leftover debris still pose a threat to those who have not received a tetanus booster in the last 10 years,” Ken Hammond, president of Paramount Rx said in an official release. “As an organization dedicated to improving the health and well being of our customers, we were grateful for the opportunity to collaborate with H-E-B to help protect Houston residents in the difficult months ahead.”

Excelling at Every Day Operations

There are thousands of exceptional pharmacists doing exceptional work with every day operations. The American Pharmacist Association is sharing several of its members stories on its website. You can access here to read short stories of how pharmacists have played a role in helping their patients.

Much like Larry David in the popular HBO series, Curb Your Enthusiasm, we want to say thank you to pharmacists as a part of American Pharmacists Month. We are proud to support you as you help patients, day in and day out.