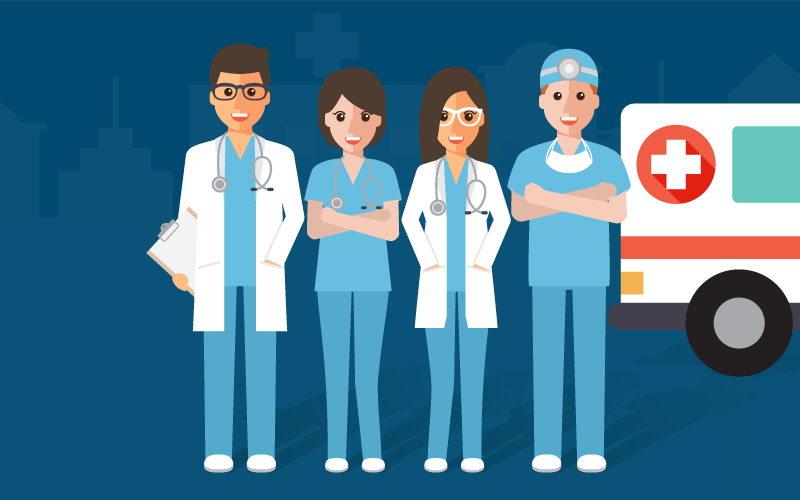 At PEPID, we are extremely proud to be part of an industry dedicated to helping those in need. This week is Emergency Nurses Week, and we want to take this opportunity to thank emergency nurses around the world for all of their hard work and dedication to patients, day in and day out.

October 9, 2017 – September and October have been hard months on the United States. There was the 1-2-3 punch of hurricanes Harvey, Irma, and Maria. Then Las Vegas happened – the worst mass shooting in modern American history. Fortunately, the U.S. is blessed to have some of the most heroic, resilient, caring and dedicated emergency medical professionals in the world. It’s evident as stories emerge with details of amazing acts of heroism from nurses across the country.

Nurses on the scene

Take Wendy Carmona’s story, a nurse from Los Angeles who was attending the Route 91 Harvest Festival concert when the shooting started. Instead of running for cover, she assisted in a makeshift field hospital in the back of an ambulance to help where she could.

ER nurse Rebecca Hobbs from Las Cruces was visiting Las Vegas on a whim. That night, she was waiting at Sundance Helicopters to take a nighttime tour of the city. Soon after the shooting started, victims started pouring into the building to seek refuge. Here, she was able to help a hyperventilating woman, as well as assist a paramedic, a military medic and another nurse on scene with a gunshot victim that was carried in from outside.

“I’m thankful I was able to render aid to her,” she told local media. “I don’t know why God decided that’s where I needed to be at that moment. I’m a big believer that the universe takes you where you need to go, and there’s a reason I was there that night.”

Then there’s the story of Lorisa Loy, a local Las Vegas ICU nurse, who was attending the festival when shots rang out. Her act of heroism can be seen in a single, now-iconic, photograph.

There are also stories from nurses on shift. Debbie Bowerman worked tirelessly alongside Dr. Kevin Menes at Sunrise Hospital and Medical Center to triage victims. Sunrise saw an estimated 214 patients that night, and they continued to come in until 4:30 in the morning. “We’ll move on knowing we did everything we could that night,” Bowerman told local media.

Sunrise Hospital CMO, Dr. Jeffrey Murawsky, told NPR, “I’m very proud of the hospital and its team. We were able to call our staff in, our physicians in. We were able to get responses from everyone and bring in extra surgeons, extra nurses, paramedics, techs, people who clean the floor and deliver food.”

Trauma surgeon David MacIntyre, also at Sunrise Hospital, had similar sentiments. “A lot of talented people came together and rose to the occasion. It was amazing. I mean from housekeeping to neurosurgery, all doing one thing.”

In response to the tragedy, ACEP President Dr. Becky Parker puts it best, “The incredible emergency response in such a short time frame from the physicians nurses and emergency medical services in Nevada has been nothing less than miraculous.”

The President echoed Parkers’ sentiments. During his visit to Las Vegas, he said, “What I saw today is just an incredible tribute to professionalism. It makes you proud to be an American.”

Despite the devastation, the heroism of emergency nurses provides a ray of hope, and shows the world what America is truly about.